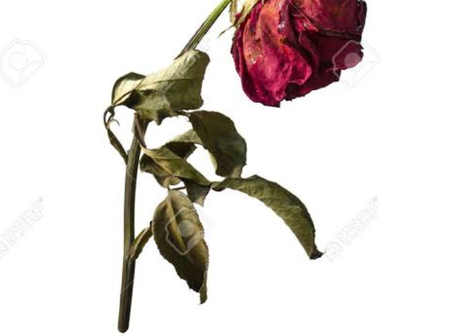 I have read about stories of how men strangled their wives with words and threat while the wives struggled to inhale the breath of patience upon patience. This was what Papa had avoided from happening between him and Mama. He had killed the strength of his words in his mind and so when he spat them out, they were soft and calm. They were weak and fragile and unable to spring out from our heart remorse which is in the well other emotions resided, and drawn out to our eyes to flood our chicks with tears. His smiles were genuine and never depict what Chogyam Trungpa called “idiot compassion”. His face was always benign whenever any of us stepped on one of his toes tagged offence. Like when I and my brother Edmund broke one of the glass louvres in the living room, while throwing and dodging a half filled plastic water bottle to prove to each other about how fast our reflex towards dodging could be. Papa would sometimes look like he was lost in thought as he gazed at us and as guilt ran through our veins and made our head weak to look upright. I was proud of papa because he wasn’t like other preachers who tell men not to beat their wives and respect them in return during sermon in church; while they have left their demons at home or sometimes when it happened on their way to church, they hid the demon under there angelic dressing: lounge suit or white garments. Their eloquent speech reaches the congregation and uproar follows at any sight of pun in their statement. Their wives and children also joined in the uproar and wished they could shout more than, “Woo!” “Preach on pastor!” “Yes pastor!” They wish they could shout out “You are a liar pastor!”, “Mother is yet to recover from yesterday’s beaten!” but fear faded the words away before it got out of their mouth. We were proud of papa when he climbed on the pulpit and minister to souls. I wish I am his daughter” a girl of about fourteen or fifteen years old said beside me on a Sunday when he was on the pulpit about to preach, I grinned and pretended like I didn’t hear what she said.

Sometimes when the memories of how mama cooked his favorite delicacy, tearing apart into pieces a type of fish known as smoked fish in my country and add other spicy seasonings into his food popped into my head, I wish they could all turn into thorns in his stomach and tear him apart. Mama never told us papa was like the men in other stories that we have read but was a different character. Mama never told any of us that her being weak and the bruises on her body were not from accident of any manner; or her sudden inhaling of breath that we hear almost every night in her bedroom was not because there was no ventilation, but because the toxin that contaminated the air was Papa. Papa did not strangled mama with words but his hands were not silent to minister the act. Now we are like those pastor’s children whom fear had faded their words. Now we are like mama’s corpse in the coffin with smile on her face blinding people from knowing that her death was not God’s calling or peaceful or natural. We are now like mama’s corpse in the coffin with a smile on her face but her heart stinks with bitterness and grief of her untold story while alive.